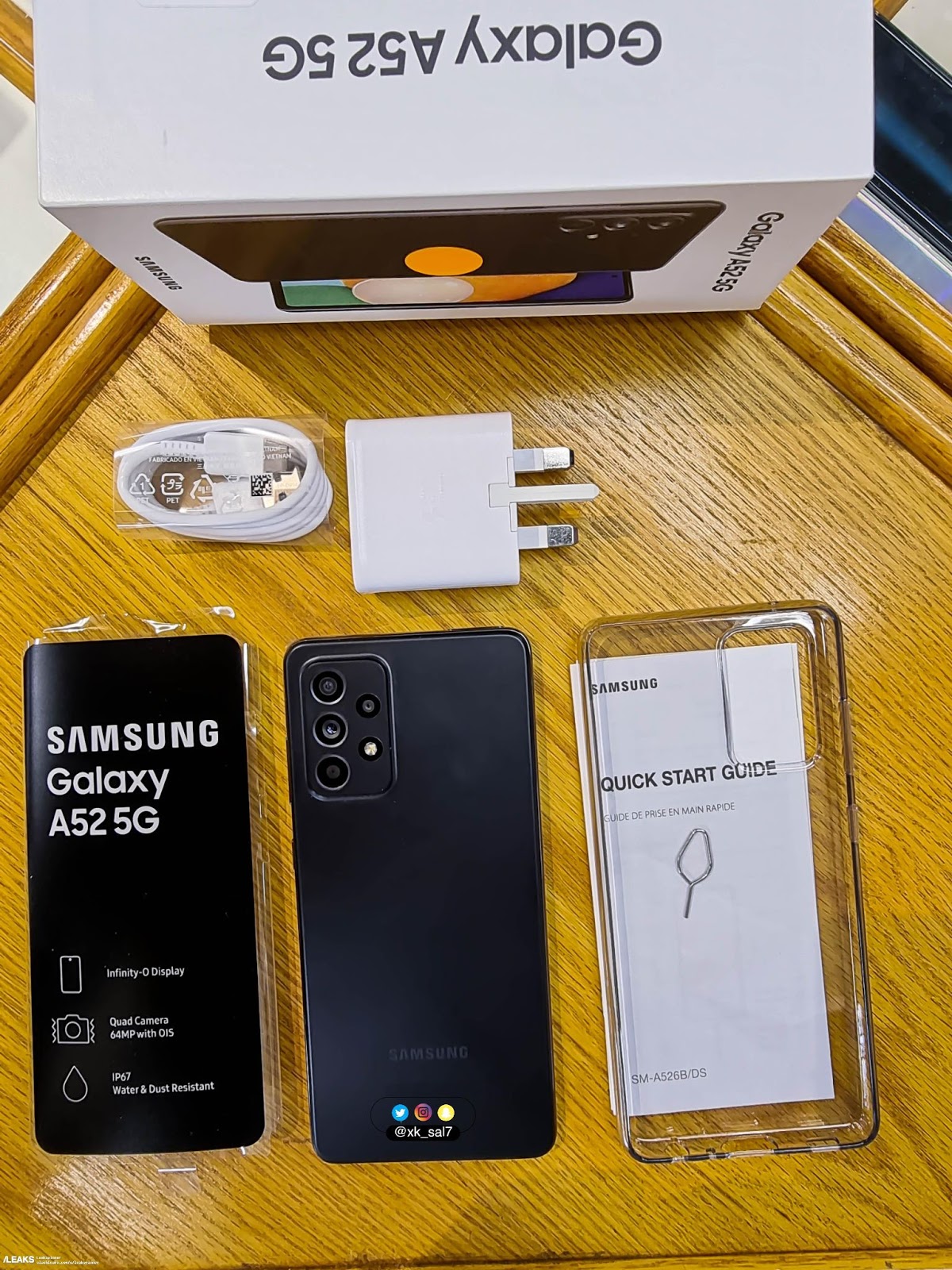 The launch of the Samsung Galaxy A52 is near, and at last we begin to know its main technical characteristics: performance, screen and cameras.

One of the most anticipated mid-range cell phones, Samsung Galaxy A52,  has been leaked several times. Some sources confirm its resistance to water and some big specifications.

The Galaxy A52 would be close to being presented, and after much mystery we began to know its key technical characteristics. It is the first Galaxy A of the 50 series that would leave aside the Exynos processors to make the leap to Qualcomm, incorporating the Snapdragon 720G with 8 GB of RAM, while the Galaxy A52 5G would use the Snapdragon 750G.

The screen would maintain the diagonal of its predecessor with 6.5 inches and Super AMOLED technology, maintaining a refresh rate of 60 hertz.

At the battery level we would find a capacity of 4500 mAh and compatibility with fast charging of 25 W (we do not know if it will include the charger in the box), as well as a configuration of 64, 12, 5 and 5 Mpx cameras. If you follow the guidelines of the A51, it would be 64 Mpx for the main sensor, 12 for the ultra wide angle, 5 for macro and 5 for depth.

According to previous leaks, the 4G version of the Galaxy A52 would start at 369 euros for the 128 GB version of storage and 429 euros for the 256 GB variant. Despite the success of its previous generations, the use of 4G when the A42 and A32 are exclusively 5G models makes us doubt what Samsung intends to do with this model.

While it is true that one of the great strengths of the success of the Galaxy A50 and A51 lies in how quickly they fell in price and their good approach towards supporting updates (the A51 was the cheapest Samsung mobile to be added to the list of extended support), we expected that at the processor level it would be more ambitious or that the 5G model would be the basic one.

As always, in the end the leaks always have to be taken with a grain of salt since until the moment of being official everything can change. If we pay attention to the presentation dates of the Galaxy A50 and the Galaxy A51, it is most likely to meet the Galaxy A52 during this month of March.

However, despite all these features and specs, Samsung Galaxy A52 will be locked to the chosen network, so either you have to wait until your contract ends, or find a method to unlock Galaxy A52.

Nothing to be worried about, we already found a solution to get your Samsung A52 unlocked at no cost, and almost instantly. Someone created a cell phone unlocker tool that helps to unlock any cell phone in any carrier worldwide.

It’s called Unlocky and has been created by most experienced developers that worked at big companies such Samsung, Apple and Microsoft. They have over 120k reviews online and keep counting.

So if you want to unlock Samsung Galaxy A52 for free, we highly recommend the Unlocky Tool. In this way you will have network freedom and can switch carriers whenever you want.

Waze keeps getting better: launch a new kind of ad