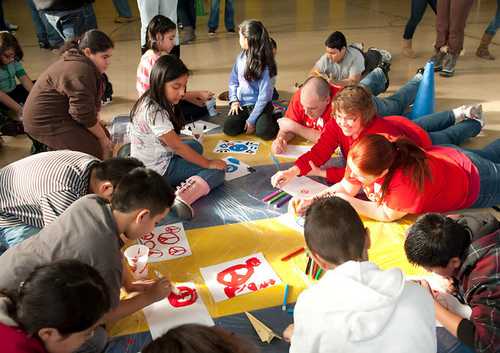 Before speech develops, babies use a combination of sounds, expressions, gestures, and physical movements to communicate and convey their message.

Newborn babies begin to connect with their parents through the expression of emotions, the use of facial gestures, and physical movements of the arms, legs, fingers, and head bring a baby’s Stages of Language Development to life.

Stages of language development in boys and girls

For the first 12 to 24 weeks, babies enjoy listening to all the sounds around them, especially Music. It is at this stage that parents can hear the first vowel sounds. This development continues and babies will soon begin to babble. They will enjoy practicing making different sounds through movements of their lips, mouth, and tongue.

Some words will be understood and have meaning around 6 months of age. A baby will clearly respond to some requests / questions and there will be a significant improvement in their hand coordination. The babbling will develop into longer sequences of sounds and the baby will show improved communication skills involving pointing, holding objects, and reacting to certain names.

Babies will continue to develop and increase the use of gestures and body movements to express meaning. The first words will start to appear around the first year, and babies are often seen at this age trying to “sing” along with the music.

We have all observed during the process of development of babies that when they do not yet have the necessary language development they use gestures to draw the attention of parents to something. These gestures, as the baby’s development and learning advance, are being replaced by words or verbal labels. With this we check that a sign can always come before the spoken word, which shows that the baby already understands the concept of the word, thus facilitating the arrival of the verbal label.

A clear example can be the following:

The word goodbye: the process begins when your baby begins to distinguish that you wave your hand every time you leave. Over time she will start to imitate you when you wave her hand goodbye and soon she will start to do it spontaneously. Next, your baby will say the word “bye” while waving his hand.

Studies show that as new word acquisition progresses, gestures will be replaced by the use of verbal labels and will eventually disappear. The reasons are as follows:

This is why over time children abandon the use of gestures, but not before they have played a very important role in achieving communication between parents and children.

By definition, a sign is a simple gesture that represents a reference to the real world.

As an example, we can think of a child who, when wanting to refer to a ball, puts his hands in the shape of a ball (iconic gesture) or represents the action of throwing a ball (indexical gesture).

When we become aware of the importance of communication on a global level, we realize that it is absolutely essential for our baby to move in a bilingual environment. Thus, we can consider the bilingual teaching of signs that, instead of hindering the learning process, facilitates the eventual learning of different languages.

When we learn a new word, we look for one-to-one correspondences between the word and the object or action. Returning to the example of the ball, in an environment where Spanish is spoken, the child will seek to associate the word ‘ball’ with the round object used to play. However, in a bilingual setting the child needs to discover that both words ‘ball’ and ‘ball’ label the same object, and this is where the sign comes into play. Happy Hands techniques make it easy to learn English as a second language in a safe and fun environment.

THE SOCIAL VALUE OF SELFISHNESS