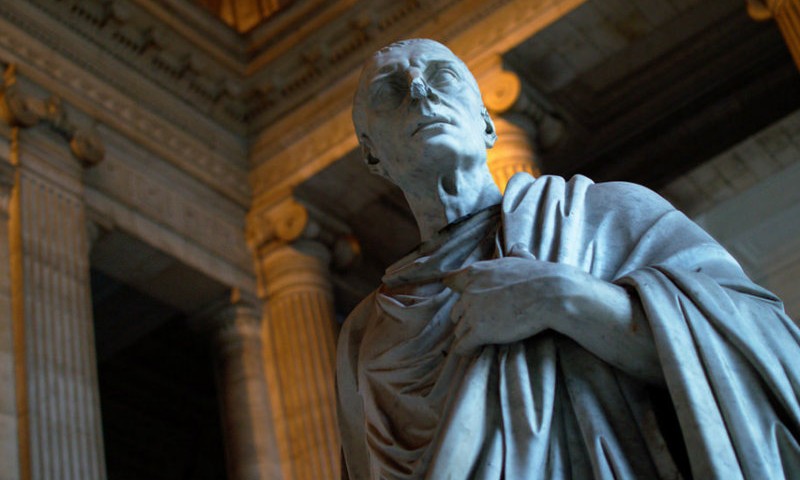 64 BC Marco Tulio Cicero prepares his electoral campaign for a position in the Roman consulate. His little brother, Quinto, far from Rome, writes a series of advice to him to win the elections. With the arrival of July and the polls –by then the vote was already secret- Cicero achieved the unanimity of the centuries and surpassed his rivals: Gayo Antonio Híbrida and Lucio Sergio Catilina. Marco Tulio Cicero began to rule in 63 BC, who knows if thanks to the instructions of his brother.

More than two thousand years later, Quinto’s recommendations remain highly topical. Despite not contemplating, as is logical, social networks, the importance of television, or radio, Quinto delves into the depths of man with his advice. With a sometimes cynical pragmatism, he explores the art of convincing and gathers it in a diabolical way in a small bottle, like the most expensive of perfumes.

1.- THE APPEARANCES, ABOVE THE REAL

Quinto Tulio Cicerón warned his brother that the fleeting nature of the campaign forces the candidate to take care of his public appearances to the millimeter and, especially, to pamper his oratory: “No matter how strong the natural qualities of man are, In a matter of so few months, appearances can even exceed those qualities. (…) You will always have to present yourself so well prepared to speak as if all your talent were to be put on trial in each case ”.

2.- TAKE CARE OF THE INTERNAL CORE AND YOUR ‘FRIENDS’

The one who was later praetor and governor of the province of Asia explained to his older brother the win-win that the relationship between a candidate and his closest collaborators supposes: “Make sure that those who owe you something realize that they are not going to have more opportunity than this to show you their appreciation. (…) You have many people, make them know the importance you give them. When you are a candidate, the word ‘friend’ has a much broader meaning than in your ordinary life ”.

However, Quinto recounted in his letter the difficulty involved in gaining the support of those closest to him: “The more intimate a friend is, the more effort it takes to get him to appreciate you and want you to achieve the greatest possible prestige.”

“The gratitude can come from those who owe you something and also from those who may be interested in owing you,” Quinto wrote. In addition, he specified, the supports are always given for three reasons: “Benefits, expectations or sincere sympathy”, although the latter is the least frequent.

4.- THERE IS NO MAN IMPOSSIBLE TO CONVINCE

Quinto recommended to his brother not to give to any voter by lost. To get the acceptance of the most opposed, he advised him to place himself close to power: “There is no one from whom you cannot get support. If you win the friendship of the most important men, you can easily count on the rest.

5.- THE SPECIAL IMPORTANCE OF THE UNCERTAIN

Once you convince someone who is undecided, Quinto thought, he would fight much more for your cause than anyone else: “If you can make those who are undecided want to support you, they will support you a lot.”

This is how Quinto related to his brother Marco the special importance that young people take on during the electoral campaign: “It feeds the hope of the youngest. Their age easily pushes them towards friendship. The zeal these boys put into seeking votes, going out to meet the people, spreading the news and accompanying the candidate is extraordinarily great and worthy of admiration ”.

7.- THE NEED OF THE CROWD AND THE ROLE

“From the influx of the entourage, the means and support that you are going to count on can be deduced. I consider it very necessary and convenient that you always go surrounded by a large crowd ”.

8.- A BRIEF PORTRAIT OF THE ENEMIES

In a world full of “deceit, betrayal and perfidy”, said Quinto, there are three kinds of enemies: “Those who have been harmed by you, those who for no reason do not appreciate you and the friends of your competitors.”

Given that Quinto did not consider anyone to be lost to support a cause, he explained to Marco how to convince even those who despised him or had fallen out with him: “Justify yourself to those you have harmed and make them see that, if they offer you their friendship, you will be able to help them in the future. Before those who, for no reason, do not appreciate you, dedicate yourself to removing that hostile feeling from them by doing them a favor. Give affection to your competitors’ friends. Even if necessary, to win them over, give affection to the competitors themselves ”.

10.- HOW TO ACHIEVE THE FERVOR OF THE PEOPLE

“The people want the candidate to know him by name, flatter him, maintain regular contact with him, be generous, arouse popular opinion and offer a good image in his public activity. Make your efforts to meet citizens stand out. It is necessary to simulate those qualities that you do not possess. Try to be accessible day and night. Open the doors of your house and also those of your soul ”, Quinto asked his older brother.

Quinto considered flattery something negative in ordinary life that, however, took on great relevance in the field. In the middle of the electoral race, he was betting on mastering this art and transforming it into votes: “Although in ordinary life it constitutes a shameful defect, it is essential in a candidacy. Flattery is reprehensible when flattery corrupts a man, but when it makes him friendlier, then it doesn’t have to be so censored. “

12.- PROMISE EVEN EVEN IF YOU CANNOT COMPLY

Quintus wrote a method that contemplated victory in spite of everything. He spoke of a vulnerable people that the politician could handle at will. Citizens like to be promised, Quinto thought, and that is why it must be done, even knowing that in the future those promises will not be reciprocated: “Men not only want to receive promises. They want them to be done liberally and deferentially. That of which you are not capable, refuse to do it kindly or do not refuse; the first is typical of a good man, but the second is typical of a good candidate. Often times, unforeseen events will arise that prevent those who received it from taking advantage of the promise. The promises are up in the air, they do not have a fixed period of time and affect a limited number of people; Conversely,

With cynicism, humorous malice and overflowing pragmatism, Quinto Tulio Cicero sent a letter to his brother full of tricks and tricks with which to win an election. Two thousand years later, the unfulfilled promises, the importance of the crowds, the adulation and the hope of the young continue to mark the electoral campaigns. With this electoral breviary, Marco Cicero won unanimously and became one of the most powerful men in Rome.

Where to start changing the educational system?

Stages of language development in boys and girls