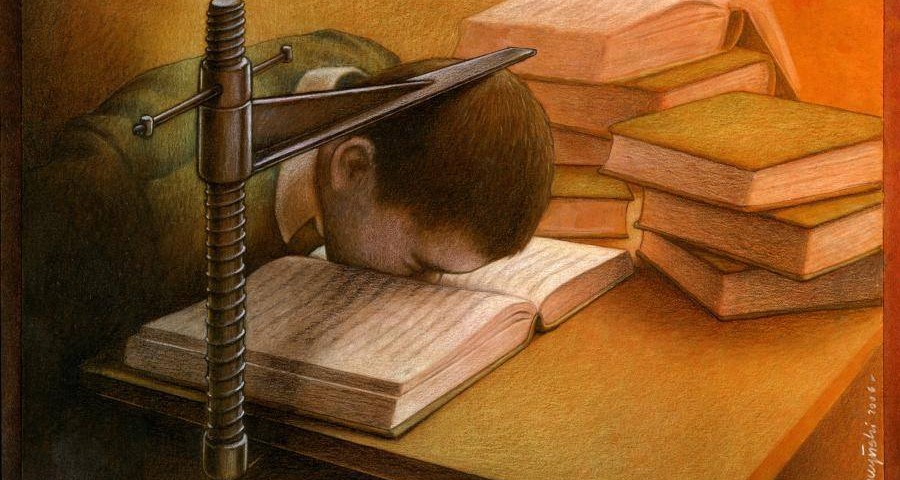 Those responsible for educational policies in the country have expressed their opinion to improve education and have done so from the status in which they are. Why don’t we see results? Why are we still in the same situation? The answer remains the same: we don’t know where to start.

Quality and competence are two words that generate reforms, but also disagreements, frustrations and misfortunes that have raised an unbreakable wall between those who teach and those who dictate what to teach. A wall where reaching concrete and lasting agreements has become complicated due to the defense that both groups make of their “desirable” proposals to apply to current and future generations.

To speak of quality and competence within the current educational process is to speak of the main actor: “the teacher.” A figure that for many, especially those who founded today’s education, has gradually been blurred, going from being admired to being questioned. Far has been that professional who had interference in all areas of society and who was considered from municipal councilor to family doctor, a professional who fulfilled a guiding function in a context and a temporality that some still long for.

Today’s teacher moves in a different context, with more concrete demands and more specific functions, actions that require evaluations to measure their suitability and that if they do not fully comply with the stipulated requirements, they could be terminated, a measure that if applied in the same way to those responsible for the economic and educational policy of our country would generate the largest dismissal in history.

Despite all this, current teachers are aware of the educational situation and the need for structural and profound changes, but for this it is necessary to implement a true consensual reform, free of blackmail and willing to conclude and not remain in the path like many others that incurred in the same failures over and over again: in the training of teachers, in the development of the directive function, in the formulation of a professional teaching career, in the achievement of a true autonomy of the center and above all , in achieving a quality educational infrastructure. The problem is where to start.

Today we see an educational reform that struggles to reach goals whose achievements depend on chronological order (we have already been four years out of the fifteen proposed by the former secretary of education Emilio Chuayfett in 2012) and as we move forward we continue to stay away from the great world powers that have overcome the heavy burden of social inequality.

Those responsible for educational policies in the country have expressed their opinion to improve education and have done so from the status in which they are. Some of these proposals have been crystallized in the modification of the third constitutional article and in the creation of autonomous institutions. So why don’t we see results? Why do we continue in the same situation? The answer remains the same: we don’t know where to start.

Simultaneously, these problems must be recognized (without falling into generalizations) that some teachers lost their voice and replaced it with marches, strikes, destruction, frustration and discouragement, and in other cases they do not find spaces and if there are, they are insufficient to express your disagreements or proposals. Impotence reigns in a system whose power has passed from the union leadership to the institutional and governmental. Various institutions have lost their sense of self, leaving the teacher isolated and without knowing who to turn to in the face of constant bureaucratic injustices. We live in a world where many believe they are right and yet few alternative solutions are heard.

To all this it should be added that, in the latest evaluations for new teachers applied in the 2014-2015 cycle, six out of 10 teachers were “not suitable”. While, in the 2015-2016 cycle, one in two were located in this unfortunate situation (49.64%), a process that exposed the great shortcomings of the national educational system.

Today the classroom teachers are concerned about taking workshops to upload evidence, to carry out reasoned planning and to prepare for exams. This looks excellent, but unfortunately, and without being incongruous, the documents, plans and programs and textbooks on which these actions are based are decontextualized and out of date, and the results of their application (call it educational practices) for the most part they have been a failure in both public and private schools. The same happens in the PISA tests, in 2012 we appeared in the 53rd place out of 65 countries (PISA 2012, Mathematics), and in the Human Capital Report 2015 prepared by the World Economic Forum (WEF, for its acronym in English), Mexico ranks 58th out of 124, while Finland ranks first.

Gone are the dreams of a quality, fair and equitable education, where there are still teachers living in unfair situations without knowing who to turn to in the face of bureaucratic problems and corrupt management, with unions that have forgotten their “educational service.” Far are the results of a project whose goal will be unattainable if it does not go hand in hand with the main actors: the true teachers.

So where do you start? The answer is logical: with teachers who have dared to implement innovative methodologies in their educational practice, who have raised the flag of freedom, who have responsibly assumed their vocation to educate and who, despite the contexts, have transformed their educational communities, making the school a true tool to change the country. With the true teachers who are closing the inequality gaps and making a difference in this diverse country. Those who know with greater clarity and punctuality than officials, the main factors associated with school success and failure, and have freed the pitfalls to break myths and paradigms, making great differences between actions and results.

It is necessary to start working with our realities. It is necessary to clarify whether the reform is a political project or an educational project, it is necessary to resolve the incomprehensible and inexcusable absence of the teacher in decision-making and, finally, we must democratize our education, because four voices are not the same as 1.2 million of teachers (INEE, 2015) raising their voices.

The current educational reform with its shortcomings and virtues will not solve the situation of our country at the moment, and it will be ineffective if it does not resort to educational research with more weighted criticism, with solid proposals and away from the political interests and the systems that oppress to education and that they are in a moment of paralysis where there is a profound inability to make agreements.

How to Cut Down the Costs of Your Employee Training

The Sheer Facts and Notions about SBI Clerk 2022 Apply Online

What is the effect of long term unemployment?