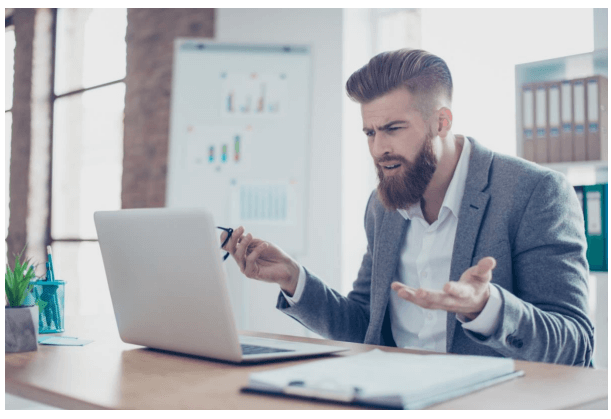 Are you having problems with your MacBook?

MacBooks are some of the best computers on the market, but like most other gadgets, they’re not immune to their share of problems. Whether it’s not been holding a charge or you’ve gotten the dreaded spinning ball of death, these problems are far more common than you might think.

In this post, we’re going to go over 7 of the most common MacBook problems so you can see that you’re not alone. We’ll also help you out by telling you how to fix them without sinking too much time or money into your computer.

Most issues aren’t so serious that you need to get professional help, or worse, buy a new computer. If you’ve got the time and patience, you should be able to fix these common issues all on your own.

One of the biggest complaints people have is that their MacBook is performing sluggishly, which can almost certainly be attributed to a CPU problem. However, when we say “CPU problem”, we don’t mean that there’s an issue with your processor, more that there are other issues affecting your processor.

Mac processors come in different shapes and sizes and how much you can throw at it will depend on how powerful it is. That being said, there are some fixable things that really drain your CPU. It could be any of the following:

You can take care of these problems by turning on automatic OS updates, regularly clearing out files or downloading a third-party app to do so, and looking at your Activity Monitor to see which apps are hindering your CPU.

Another very common issue is the fast-drying battery. This can be incredibly irritating, especially when the battery percentage goes down significantly over a short period of time or dies suddenly when there should still be juice left.

Most likely, running too many background applications and visual effects will be the culprit here. Unfortunately, this could also be a symptom of an old or dying battery, which is replaceable but not cheap. There are a few things you can try in order to make your battery last a little bit longer.

First, try reducing the screen motion on your MacBook. Go to System Preferences, then into Accessability and Display. By clicking the “reduce motion” box, you’ll be turning off animations and probably saving yourself a lot of battery life. The other important thing to do, as with fixing sluggish performance, is to try and avoid working with too many applications at once.

If the Mac suddenly dies, the best thing you can do is restart it to give it a proper shutdown. When it reboots, go reset your Systems Management Controller, which is what controls things like battery charging and sleep modes.

A blank screen on startup can be rather alarming to the average MacBook user. Though it might seem like something has doomed your computer, it could also be something as simple as the MacBook trying to load a startup app or function that’s acting up.

First, try rebooting your computer and if you get the same screen, boot up using safe mode. Once you’re in, look at your startup apps and, by process of elimination, figure out which app is causing the startup issue. You can also use the Disk Utility tool to locate any problem apps or processes.

The flickering display can be just as alarming as a blank screen, but before you panic and take it into the Genius Bar, try a few of these potential solutions:

If this isn’t a serious problem, it most likely has to do with the graphics settings on your MacBook. That said, if none of these things work, it’s time for professional help.

Are your external devices not showing up when you plug them into your MacBook?

This is really common with Macs because a lot of users require adapters to plug their USB devices into the USB-C ports. So, the first thing you need to do is plug the device into another computer to see if it’s the MacBook that’s the problem or your cables/adapters. You can also take some compressed air and spray it in the MacBook port to get any dust and debris out.

If it’s still acting up, once again try resetting the PRAM and SMC. These control a lot of the hardware, so resetting it should give you a blank slate to work from. An issue within the port itself will have to be looked at by a technician.

Sometimes, Macbooks get so hot that they’re actually hot to the touch. Coinciding with this will likely be a very loud fan noise, which is your computer trying to cool itself down.

Believe it or not, you may just need to give your Macbook a bit of space, as they require ventilation. Take it away from a cluttered desk, where there isn’t much dust/debris, and see if that does the trick. Try to avoid keeping your Macbook on a bed or other cushioned surfaces, as this can also block the vents in the bottom.

If you’ve done all this and it’s still overheating, go into the Activity Monitor and see if your CPU is running too many background applications. Macbooks can get overworked too.

Certain Macbook models throughout the years have been prone to getting dust and dirt trapped beneath the keys. This can make it seem like your keyboard isn’t working, which is obviously problematic for most users. Depending on which year your model is from, you should be able to get some compressed air, hold your Macbook (careful) so that the keyboard is vertical, and blow the dust-out.

Just as important to your Macbook’s functionality is the trackpad. If you’re having trackpad issues, visit for some really helpful tips.

Don’t Let MacBook Problems Get You Down

If your Macbook problems are making your life difficult, try some of these solutions. Often, it’s something very easy that you can do to get it up and running at full capacity.

That being said, although they’re of the highest quality, Macbooks can have more serious issues as well. Fortunately, they’ve got a great warranty policy and helpful technicians at Apple stores to help you out.

Did you enjoy this post? Come back again for more tech help.

Should You Use a SEO Specialist?

Debunking the Most Common Bitcoin Myths That Exist Today

10 values ​​that we must develop in our sons and daughters