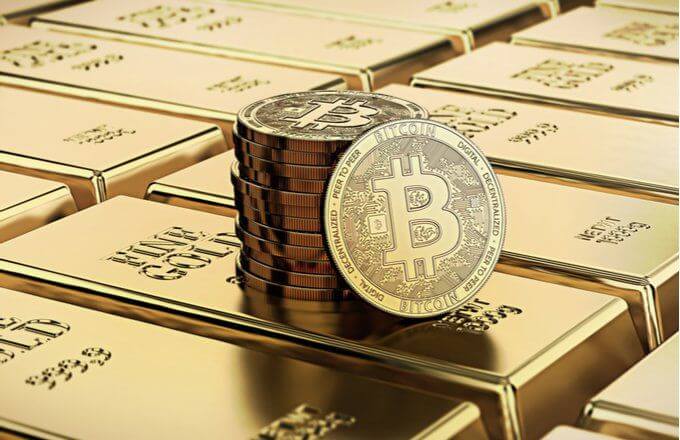 In 2009, an anonymous individual invented something that turned the world of currency on its head. A mysterious individual who goes by the name Satoshi Nakamoto invented bitcoin.

Bitcoin is a digital currency. Thus it’s not dollar bills or quarters that you can touch, but rather digital currency that has no gold to back it up. A decentralized ledger system called the blockchain network creates, distributes, trades, and stores, bitcoin.

Most people have a difficult time wrapping their brains around bitcoin. Essentially, one individual made up bitcoin and said, “this is valuable.” The demand for bitcoin has increased its value.

With that said, the history of Bitcoin’s value is not consistent. If you look at the bitcoin price index, you’ll see significant highs and lows throughout its lifetime.

With misunderstanding comes myths. Since many people do not understand bitcoin, they begin to believe whatever bitcoin myths they hear.

Keep reading to learn about the most common bitcoin myths on the internet today as well as the truth about bitcoin.

Bitcoin Is Just an Investment

Many individuals use Bitcoin as a type of cryptocurrency investing plot. They buy and sell bitcoin to make a buck.

But in early 2021, the Scaling Test Network hit over 9,000 transactions in one second. People use bitcoin every day to settle their transactions. Furthermore, more businesses are accepting bitcoin as a valid currency.

In Nigeria, for example, 32% of Nigerians use Bitcoin. And Nigerians aren’t alone. In Vietnam 21% of the residents use bitcoin, and 20% of the people in the Philippines rely on digital currency.

Bitcoin is responsible for millions of dollars in transactions every year. People will use it for peer-to-peer payments and not just for speculation. So while some individuals keep an eye on the bitcoin price for their personal portfolio, others use the currency as currency, making it even more valuable.

Mining bitcoin takes time and energy. You must have a computer with significant computing power to access and then secure the Bitcoin network.

Computers that mine bitcoins require a great deal of energy. Some people estimate that computers mining bitcoin will use as much energy as the country of Chile.

While mining bitcoin takes a chunk of energy, it does not waste energy. To waste something means you use it up with no result or no useful function.

In contrast, the Bitcoin network secures billions of dollars in value. It serves people, especially those who do not have access to traditional payment networks.

Bitcoin miners will often relocate themselves to places where they can score some free power. This means they will use hydroelectric or geothermal sources.

Bitcoin miners have a big carbon footprint. But recent developments have addressed and continue to address the problem.

Bitcoin Is a Bubble

Economic bubbles are cycles known for their unsustainable rises in market value. Their value rises more quickly than the market can sustain them. As a result, the bubble “pops” which means the prices drop drastically and quickly.

The bubble will pop when the price the investors are paying is much higher than the value of the item. In the case of Bitcoin, when the price of Bitcoin greatly exceeds its value, then, if it is a bubble, the prices will quickly drop.

Many people compare Bitcoin to the 17th-century Dutch “tulip mania.” In 1637, investors speculated on tulip varieties, and as a result, the price of tulips surged 26-fold.

This inflation lasted six months. It then crashed, and it never recovered.

Truthfully, Bitcoin has gone through cycles since 2009. Each time, Bitcoin has recovered and reached a higher value. A good cryptocurrency investor will recognize that Bitcoin is a new technology, and all new technology will experience boom and bust cycles.

Even Amazon had a low at one tie, dropping from $100 to $5 in the 1990s. Bitcoin has the potential to rebound since it has done so each time it has fallen.

Bitcoin Has No Real Value

Many people believe Bitcoin has no real value because it does not have an asset like gold backing it.

However, the value of an item depends on the demand for it. When there is a high demand, the item grows in value.

Look at the value of fuel such as gasoline in the post-hurricane territories. When Hurricane Katrina devastated New Orleans, some individuals would have traded just about anything for a gallon of gasoline to fuel their generator. The gasoline was scarce and in high demand, giving it a high value.

Bitcoin is no different. It has a limit on its quantity. Developers have created only 21 million bitcoin.

Thus the scarcity of the currency will drive its value. Furthermore, fewer people are mining Bitcoin now. Every four years, the powers that be cut the rewards paid to miners in half.

This has slowed down the mining, making Bitcoin even more scarce. As a result, the price of Bitcoin trends upward over the long-term market. It began worth less than a penny and has risen to over $60,000.

Some governments do not recognize Bitcoin. At points in their history, Russia, Nigeria, and Belarus banned the use of Bitcoin as a currency. The U.S., Canada, and much of the Western hemisphere approach Bitcoin differently.

In the United States, the Office of the Comptroller of the Currency recently allowed banks to provide custody services for Crypto-assets like Bitcoin.

Bitcoin myths have existed as long as Bitcoin has existed. When Bitcoin came about in 2009, many people looked at it with skeptical eyes. After all, you can’t see or touch it, so is it real or a scam?

But today, more individuals are investing in it and using it, making it one of the most valuable currencies in the world. It’s worth investigating at the least and buying and using at the most.

Did you enjoy this article and find it helpful? If so, keep visiting our site. We aim to provide our readers with educational and helpful tech articles.

7 Common Macbook Problems (And How to Fix Them!)

How to Create a Design That Attracts Customers

An in-depth Review About File Converter

How to File Bitcoin Taxes Turbotax

What is Strategic Planning?